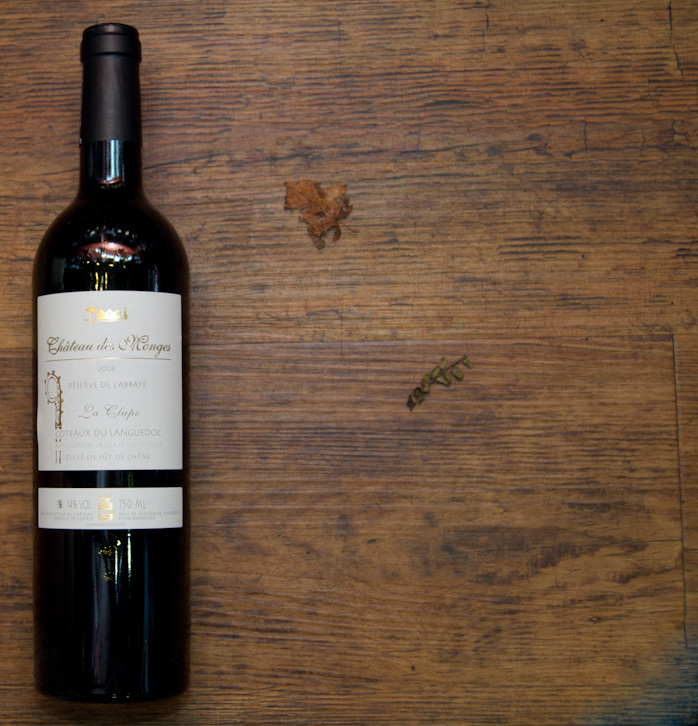 The Chateau des Monges, snuggles against the western foothills of the Clape massif, near Narbonne, was built during the Gallo-Roman times. In 1204 a female Cistercian order was created and the Monges Abbaye became one of the rare Cistercian Abbaye for women in Languedoc. Dating from 1204, the Abbaye Chapel from that era is still present.
Intense aromas of black fruit and spice with nice matched scents of cassis, coffee, chopped truffle and oak.